ATLANTA, May 3, 2018 /PRNewswire/ — For the 11th year, Habitat for Humanity and Lowe’s will host the annual National Women Build Week from May 5-13 where thousands of women volunteers and Habitat homeowners will unite nationwide to build up their communities and gain skills in home construction.

In fact, according to a 2018 national study by Lowe’s and Habitat for Humanity, more than nine-in-10 American women believe providing and advocating for access to affordable housing for women can benefit society.1 The survey also found:

“For 11 years, National Women Build Week has brought together thousands of strong women of all construction experience levels to build or repair homes with hardworking, empowered Habitat homeowners to address this critical issue,” said Lisa Marie Nickerson, associate director, Habitat for Humanity International. “We have seen firsthand the strength and independence that homeownership can provide for families. We are thankful for Lowe’s continued support, without which this week would not be possible.”

Lowe’s and Habitat share the vision that every woman, man and child have a decent place to lay their heads at night. Far too often, low-income families are faced with choosing between paying their housing costs and buying necessities like food and medical care to provide for their family. National Women Build Week recruits, educates and inspires women to build, and advocate for decent and affordable houses in their communities alongside their future neighbors—making a difference in their community, one nail at a time.

“Lowe’s is proud to sponsor National Women Build Week to educate, inspire and empower women to volunteer alongside other women in their community to address the critical issue of affordable housing. We know women working together are an unstoppable force for creating meaningful change in our communities,” said Colleen B. Penhall, Lowe’s vice president of corporate social responsibility. “At Lowe’s, we believe that a safe, stable home is an important source of strength, pride and security for families. Together with Habitat, our Lowe’s Heroes volunteers and women nationwide, National Women Build Week will provide valuable support to advance accessible housing in the communities where we all live and work.”

Lowe’s helped launch National Women Build Week in 2008 and has brought together more than 117,000 all-women construction volunteers to build or repair homes with nearly 5,000 families over the past 10 years. This year, Lowe’s donated $2 million to Habitat for Humanity to support the 2018 National Women Build Week, and provides how-to clinics at stores to help equip women volunteers for the builds. Since 2003, Lowe’s has committed over $30 million to Habitat for Humanity International and helped more than 6,500 Habitat families improve their living conditions.

Both women and men of all experience levels can participate by signing up to volunteer with their local Habitat organization or by joining the conversation online. As part of National Women Build Week, Lowe’s and Habitat are activating a social movement to generate conversation about building one another up and sharing the message of women empowerment, positivity and action by using #BuildHer and #WomenBuild.

About Habitat for Humanity
Driven by the vision that everyone needs a decent place to live, Habitat for Humanity began in 1976 as a grassroots effort on a community farm in southern Georgia. The Christian housing organization has since grown to become a leading global nonprofit working in local communities across all 50 states in the U.S. and in more than 70 countries. Families and individuals in need of a hand up partner with Habitat for Humanity to build or improve a place they can call home. Habitat homeowners help build their own homes alongside volunteers and pay an affordable mortgage. Through financial support, volunteering or adding a voice to support affordable housing, everyone can help families achieve the strength, stability and self-reliance they need to build better lives for themselves. Through shelter, we empower. To learn more, visit habitat.org.

About Lowe’s in the Community
Lowe’s, a FORTUNE® 50 home improvement company, has a 60-year legacy of supporting the communities it serves through programs that focus on K-12 public education and community improvement projects. In the past decade, Lowe’s and the Lowe’s Foundation together have contributed nearly $300 million to these efforts, and for more than two decades Lowe’s Heroes volunteers have donated their time to make our communities better places to live. For the latest news, visit Newsroom.Lowes.com or follow @LowesMedia on Twitter.

1 The 2018 Lowe’s and Habitat for Humanity National Women Build Week Survey presents the findings of an online survey conducted by Toluna from April 5-8, 2018 among a random sample of 1,019 American women age 18+. The margin of error for a sample of this size is ± 3% at a 95% level of confidence. 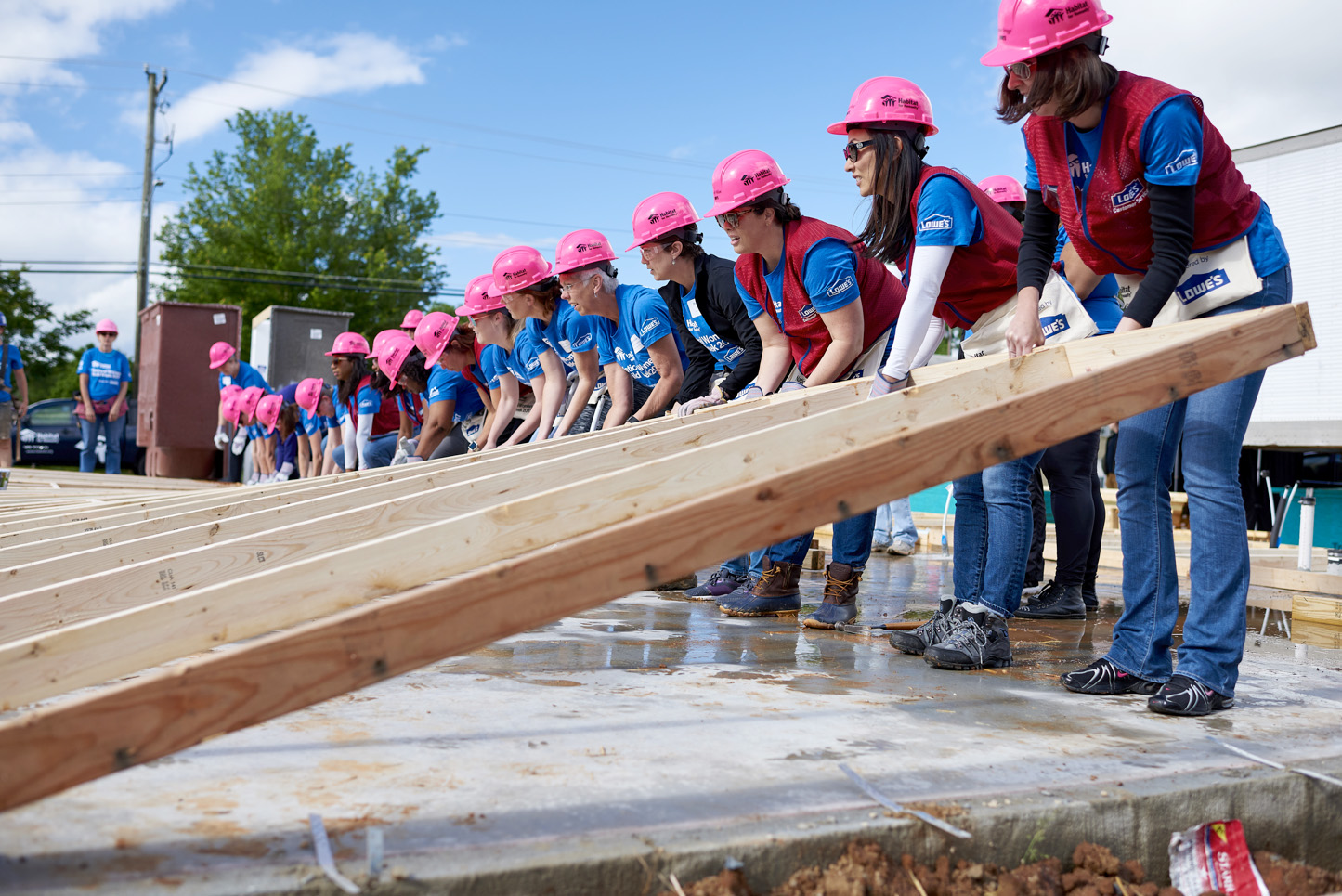 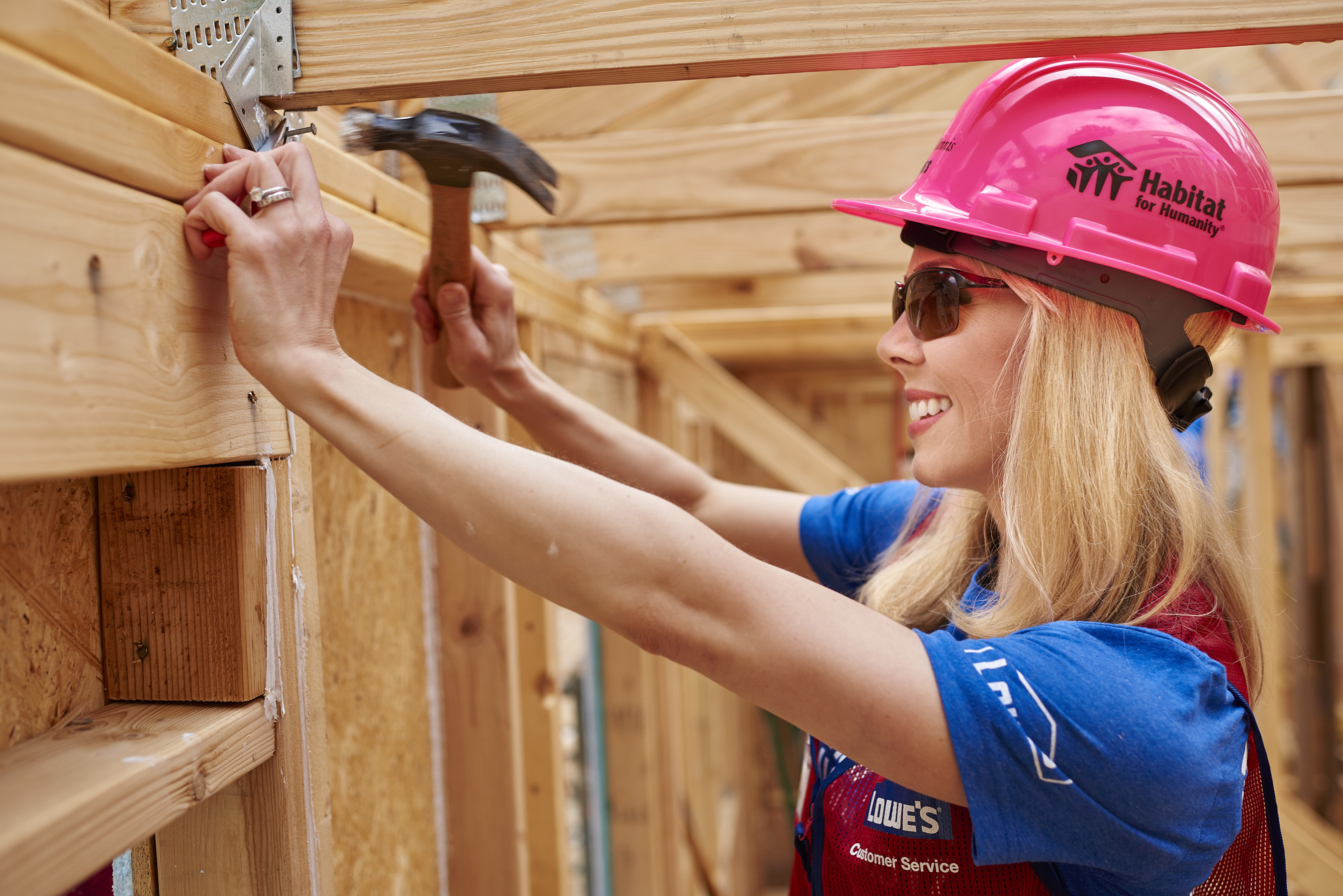 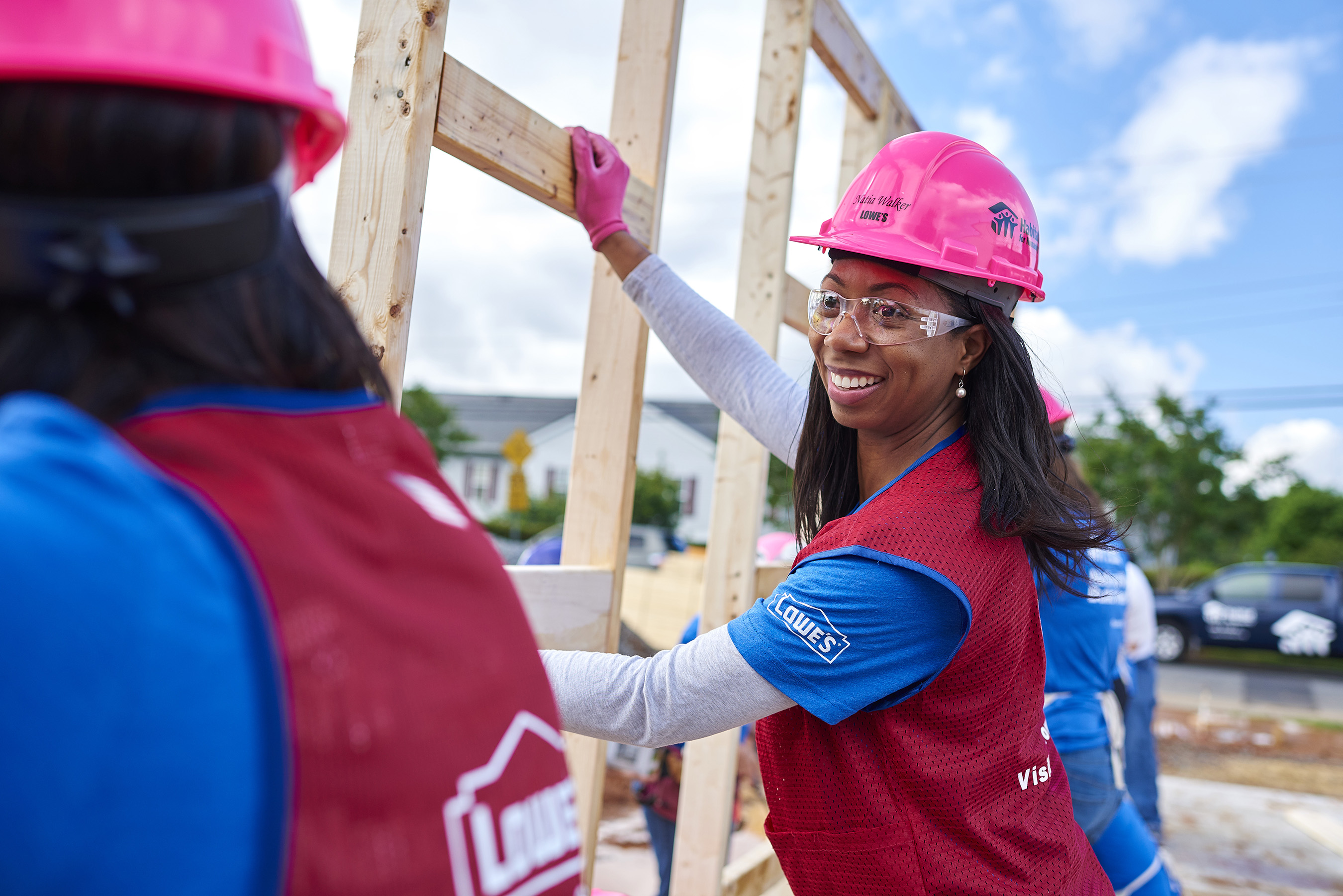 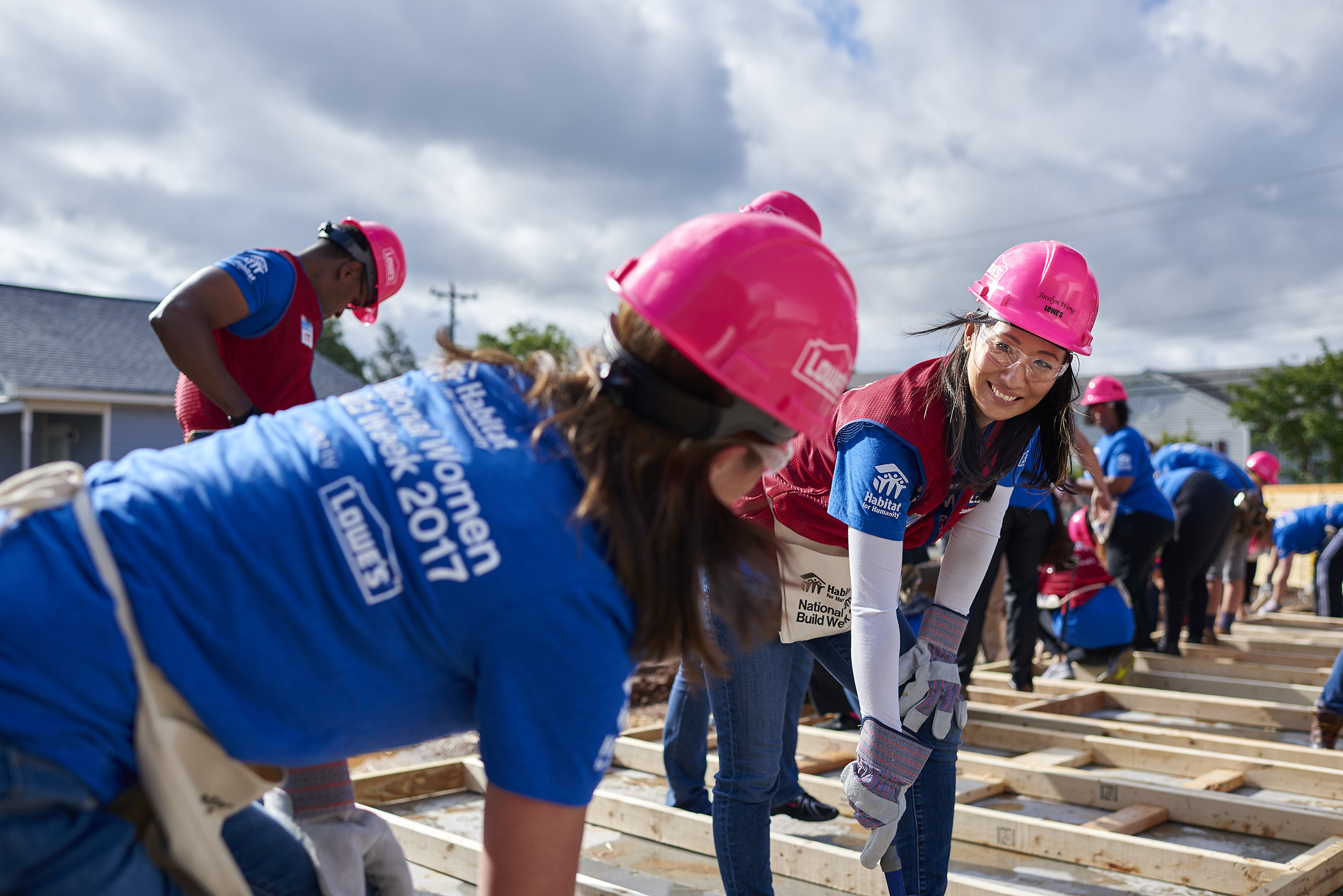